Le Triskele
Back to Local Area 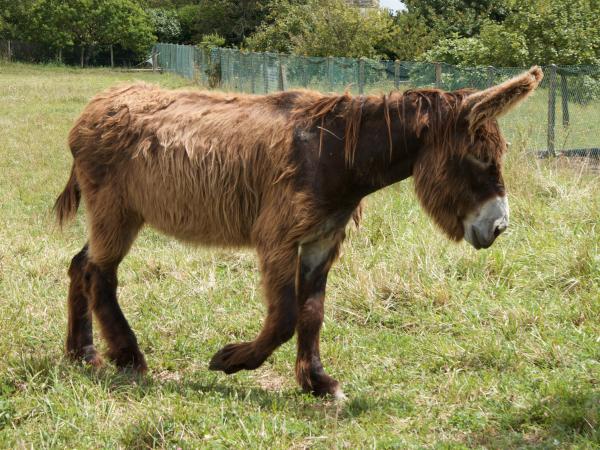 The Poitou donkey, also called the Poitevin donkey or simply the Poitou, is a breed of donkey local to the region.  It is one of the largest donkey breeds, and was selected for size so that it could be used for the production of large working mules, in conjunction with the Poitevin horse breed. It is known for its distinctive coat, called a cadanette, which hangs in long, ungroomed cords. Breeders originally prized the coats highly, but today, many Poitou donkeys are shorn for hygienic reasons.

Poitous were possibly introduced to the area by the Romans. They may have been a status symbol during the Middle Ages, and by the early 18th century, their physical characteristics had been established. A studbook for the breed was established in France in 1884, and the 19th and early 20th centuries saw them being used for the production of mules throughout Europe.

The Asinerie du Baudet du Poitou located at the Ferme de la Tillauderie at Dampierre sur Boutonne, now works to preserve the breed.  The easiest way to reach it from le Triskèle, is head towards la Villedieu and follow the signs.  If you are on the main Aulany to Poitiers road, be prepared to turn left at the traffic lights in the centre of la Villedieu.